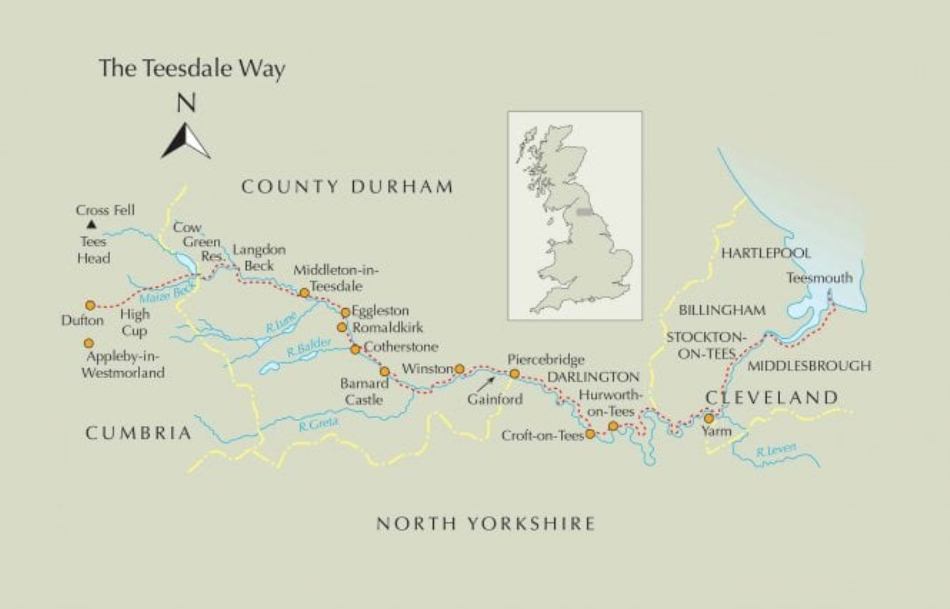 In its entirety, the Teesdale Way is a 92 mile route which follows the River Tees from its source at Dufton in Cumbria to the sea at South Gare in Teesside. The part of the walk which crosses Durham county spans from Langdon Beck in the west to Piercebridge in the east.

Highlights:
The dramatic landscapes of Upper Teesdale; waterfalls at Low and High Force; Middleton-in-Teesdale and the lovely villages of Egglestone, Romaldkirk and Cotherstone;

Romaldkirk church (‘The Cathedral of the Dales’); the Fairy Cupboards; the Meeting of the Waters;

~Things To Do in Durham Activities and Family Activities~