A STARK warning about the detrimental impact a ‘no-deal Brexit’ could have on the regional economy has been spelled out by business experts, compounding dire financial forecasts laid bare this week by the chancellor.

The North-East Chamber of Commerce said increased export tariffs, quotas and customs measures would make firms based in the region far less competitive with foreign counterparts than they currently are.

It warned the region is ‘disproportionately vulnerable’ as it exports around 60 per cent of its goods to the European single market, and members have reported having ‘serious concerns’.

Experts have also said failure to reach a trade agreement before the Brexit transition period closes at the end of next month will exacerbate the ongoing harm done caused by the coronavirus pandemic.

On Wednesday, while delivering his Spending Review, Rishi Sunak painted a bleak picture of the country’s finances as he said the economy was set to contract by 11.3 per cent in 2020, the largest fall for more than 300 years.

Unemployment, nationally, is expected to reach 7.5 per cent next spring, with 2.6 million people out of work and borrowing is forecast to hit £394bn this year, equivalent to 19 per cent of GDP, the highest ever in peacetime.

On Thursday, the region’s economy suffered another heavy blow after it was placed in the highest tier three restrictions, leaving independent traders in the hospitality sector wondering whether they can survive.

Bank of England governor Andrew Bailey warned the economic cost of no-deal would be bigger in the long term than the damage caused by Covid-19. 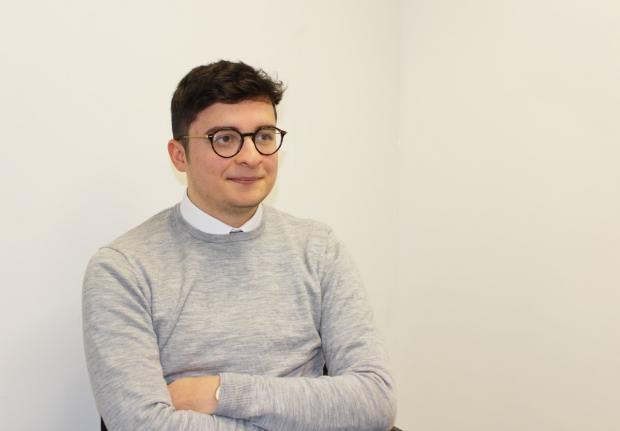 Tom Kennedy, policy advisor with the North-East Chamber of Commerce, said members had already registered a number of concerns regarding a ‘no-deal Brexit’.

He said: “This would result in the introduction of tariffs, quotas and extra customs measures such as increased goods’ checks as they enter the European Union.

“This will make UK exports fundamentally less competitive in Europe, our biggest market.”

Last year, 59.46 per cent of North-East goods exports were sent into the EU, the highest of any region in mainland Britain.

Mr Kennedy said: “It is significantly higher than the UK average of 48.20 per cent meaning that the North-East is disproportionately vulnerable to any negative changes in the trading relationship between the UK and the EU.

“Another concern is the huge increase in customs declarations that will be required, deal or no-deal, from 2021 onwards for moving goods between the UK and the European Union.

“Currently, UK companies complete around 50 million customs declarations each year and from 2021 this is set to increase to around 250 million.

“This is a huge increase and there are serious concerns as to whether there are enough people in the country who are trained sufficiently to be able to complete all of these declarations correctly.

“Government has provided £50m of funding to upskill members of staff for this purpose as well as for buying any required equipment or hiring a customs expert to complete declarations on your behalf but there are still serious concerns.”

Mr Kennedy said around half of UK companies who export goods to the EU do so exclusively meaning they will not have had to complete customs declarations like the ones that will be required from next year.

He said: “Even if businesses do complete their declarations correctly moving forward, this is still an additional business cost that they did not face previously.

“If mistakes are made on customs declarations, along with checks of goods and other barriers to trade, it is likely that there will be delays at the border on both EU and UK sides.

“This has serious ramifications for businesses that already sit within complex international supply chains, especially in sectors such as chemicals and the automotive industry.

“Plenty of these supply chains are run on ‘just in time’ principles where goods arrive sometimes only a couple of hours before they will be needed for assembly or to be used.

“If there were significant delays at the border, then there is the risk that these well-established supply chains could no longer be feasible.”

‘No-deal’ could lead to job losses

Mr Kennedy said the Government has not published a great deal of economic assessment on the different possible relationships with the EU.

He said it was important to emphasise that the UK being less competitive than European nations will inevitably have an impact on investment decisions going forward.

Mr Kennedy said: “The North-East has the highest of jobs created by Foreign Direct Investment of all English regions, but it is important to note that much of this investment is here because they wish to sell into Europe.

“The uncertainty about what the future relationship will look like will also have impacted investment already as investors will want clarity.”

Two years ago, a Government report said the North-East would be the worst impacted region by ‘no-deal’, with a drop of over ten per cent of Gross Value Added (GVA) compared to current arrangements.

The cost of the coronavirus lockdown restrictions continues to harm businesses across the North-East, but Bank of England boss Andrew Bailey this week warned the cost ‘no-deal’ would be bigger in the long term.

He said it would cause disruption to cross-border trade and damage the goodwill between London and Brussels needed to build a future economic partnership.

Rishi Sunak, who represents Richmond in North Yorkshire, had previously said a deal was preferable but that the UK would “prosper in any eventuality”.

The North-East Chamber of Commerce has written to Government ministers, the Prime Minister and Lord Frost, the chief negotiator for the UK with its concerns.

Mr Kennedy said: “We have been clear that our region needs a deal with the EU to continue trading as frictionless as possible.

“A deal is still significantly better than no-deal.

“Ultimately any deal will have to compared to the current relationship we have with the EU.

“As we leave the EU we will also have the ability to strike new trade deals with other countries around the world and we have made it clear that we would want these to ensure market access for areas of strength in the North-East economy.” 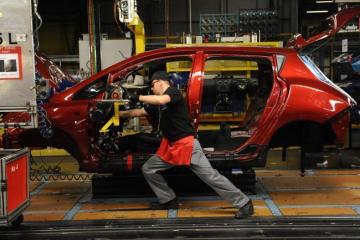