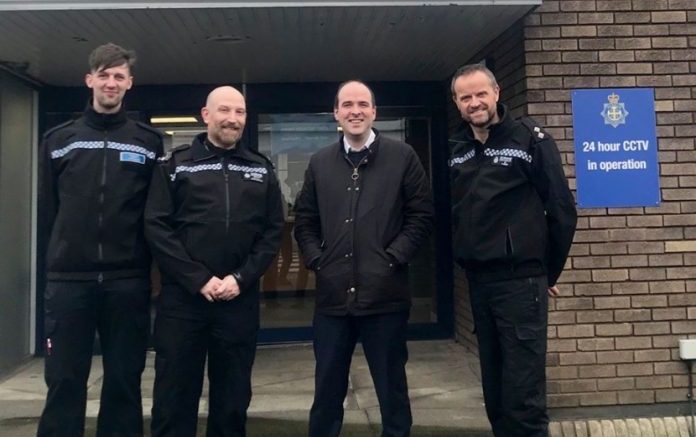 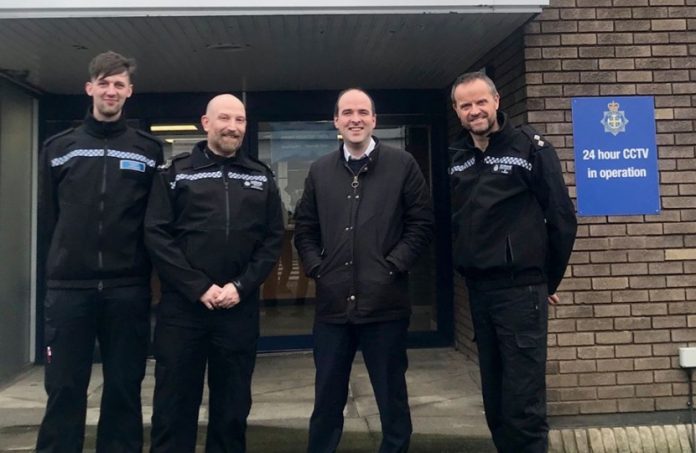 Richard Holden, Member of Parliament for North West Durham, has written to the Acting Police, Crime and Victims’ Commissioner, Stephen White, regarding police estate proposals that have been put forward.

The Police, Crime and Victims’ Commissioner for Durham has been looking at plans for the future of policing in County Durham, and consultation was promised on the future and modernisation of the Police estate. The PCVC also offered to meet with Richard and his Parliamentary colleagues to discuss the issue.

However, the Police, Crime and Victims’ Commissioner for Durham has now written to Richard and other North East MPs stating that he has ‘taken the decision’ to invest in a centralised custody facility which will cost an estimated £21 million. It was noted in this letter that changes to the estate can be ‘significant’ in terms of cost and community impact, and that the continued maintenance of aged assets is becoming expensive.

Richard has written to the Acting Police Commissioner to enquire if the decision to not hold a proper consultation can be reassessed.

“No one doubts the need to modernise our police stations but this needs to follow a proper consultation and further discussion. A decision appears to have already been made and it’s clear that that’s not the right way to do things.

“I am especially concerned that having a centralised custody facility in Spennymoor will deplete policing visibility in places like Consett, Crook and Weardale within my constituency. With the Government delivering on the manifesto pledge to providing funds for an additional 220 officers, it seems bizarre that resources are being so focused away from areas like mine by our own PCVC.

“It’s essential that my constituents get their fair share of both existing and new resources and I urge the PCVC to look again at this centralising decision and engage with both MPs and the community immediately on these plans.”

The North East’s largest council is calling on the Government to reinstate a currently closed railway line, providing major economic, environmental and social benefits to the region in the process. The East Coast Main Line (ECML) is of critical importance to the area’s transport network, but a key concern remains the two-track section between Northallerton […]
The post Council Calling For Reinstatement Of Currently Closed Railway appeared first on Durham Magazine – Durham Deserves Good News. Durham Magazine…

THE police force with the lowest level of knife crime of any county the country is not resting on its laurels – insisting “there is no place for knifes on our streets”. The Northern Echo | Durham …