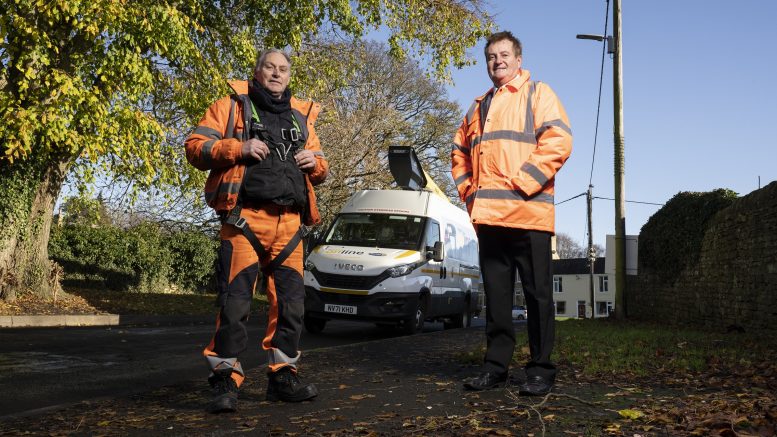 With darker nights and more wintry weather, residents are being urged to report highways issues to help keep the county moving.

Durham County Council is delivering its annual programme of work to maintain the county’s roads and footpaths, with teams from across the authority also on standby to deal with any emergencies caused by bad weather.

“Our priority is to keep people safe and moving at all times of the year. That is why it is vital that we carry out a regular programme of works to reduce the risk of flooding, road closures and traffic incidents caused by surface water or standing water freezing during the colder months.

“We would also ask that residents help us to keep our roads in good condition by reporting any issues with flooding, overflowing gullies and street lighting faults in their neighbourhood. They can also be reassured that we will be out and about across the winter to ensure our roads and footpaths are safe.”

Following recent heavy rainfall, the vast majority of roads remained passable with care with only a small number having to close because of flooding.

Each year, the council cleans around 120,000 gullies countywide with routes planned and programmed in advance to ensure the works are as efficient and cost effective as possible.

Where reports are received from residents relating to drainage issues, teams will make an assessment as to how best to respond based on a number of factors including: whether there is a risk of flooding to a property or road, whether there is a need to close the road based on safety grounds, the location of the problem and when it is next scheduled to be cleaned.

The council also manages and maintains 80,000 street lights and more than 5,000 illuminated traffic signs across the county.

On average, over 99 per cent of all street lights work as planned at any one time and to minimise the risk of problems going undetected, it carries out routine inspections on the whole network.

It has also invested in converting most street lights to low energy LED units which are more efficient, use less energy and are better for the environment, supporting the council’s ambitious plan to tackle climate change and achieve net zero in its operations by 2030.

To report a problem with a street light, visit www.durham.gov.uk/streetlights

To report flooding on a road or pathway, residents can visit the council’s do it online page at www.doitonline.durham.gov.uk There is also more information about how the council maintains roads at www.durham.gov.uk/roadandpath