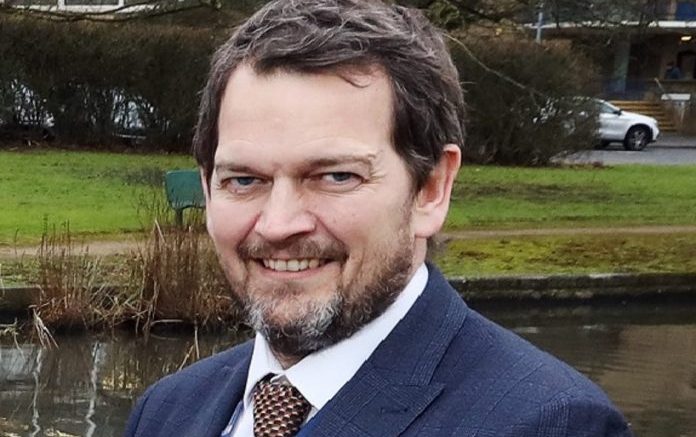 Durham County Council has named a member of its senior management team as its new interim Chief Executive.

John Hewitt, corporate director of resources, will take over from current Chief Executive Terry Collins, who announced his intention to retire from the role last month.

John joined the authority in 2016 and has overseen the council’s financial response to the coronavirus pandemic as well as number of other major projects.

He said: “I am thrilled to be taking on the role of Interim Chief Executive. As a resident of the county – and someone who has spent most of their working life here – I am incredibly proud to have been appointed to oversee the work of the county council

“There is no doubt that the past few months have been extremely challenging for the authority and there will be many more difficulties to overcome but I am confident that the council is well placed to face them head on and I am looking forward to leading that work.

Mr Hewitt, from Spennymoor, started his career as an accountant at the former Sedgefield Borough Council.

He has also held financial roles at Durham Constabulary, and County Durham and Darlington Fire and Rescue Service, where he became the deputy chief executive, before moving to South Tyneside, where he was corporate director for business and resources.

Mr Collins said: “John has a wealth of expertise and experience and has been fundamental in managing our budget and ensuring our financial security over the past four years. I am delighted that he has been appointed to the role of Interim Chief Executive and wish him well for the future.”

Mr Hewitt’s appointment will be confirmed at a meeting of the authority’s full council on Monday 2 December, allowing him to take up his new post immediately.

Cllr Simon Henig, Leader of Durham County Council, said: “I would like to congratulate John on his appointment. He has done an excellent job during his time as a corporate director and I’m confident that, along with the rest of the senior management team, he will continue to work extremely hard in leading the council through these challenging times.”

A CANNABIS farmer tending a grow with the potential to make tens of thousands of pounds tried to flee from the back door when police visited the property. The Northern Echo | Durham …

The North East’s largest council is calling on the Government to reinstate a currently closed railway line, providing major economic, environmental and social benefits to the region in the process. The East Coast Main Line (ECML) is of critical importance to the area’s transport network, but a key concern remains the two-track section between Northallerton […]
The post Council Calling For Reinstatement Of Currently Closed Railway appeared first on Durham Magazine – Durham Deserves Good News. Durham Magazine…

THE police force with the lowest level of knife crime of any county the country is not resting on its laurels – insisting “there is no place for knifes on our streets”. The Northern Echo | Durham …

Free wi-fi is being introduced in Seaham next week as part of a multimillion-pound scheme to enhance the vibrancy of towns and villages across County Durham. Durham County Council has funded the installation of free public wi-fi in Seaham town centre to help boost footfall after coronavirus restrictions are lifted. Technology integrator North is installing […]
The post Free WI-FI To Be Introduced In Seaham To Boost Town’s Recovery appeared first on Durham Magazine – Durham Deserves Good News. Durham Magazine…