A TRIAL date has been set in the absence of an inmate accused of offences alleged to have been committed at two different prisons, earlier this year.

Samuel Walker was said to have refused to leave his cell at HMP Forest Bank, in Pendlebury, Manchester, for today’s video link hearing at Durham Crown Court.

He is accused of conveying a prohibited article, a mobile phone, into or out of HMP Manchester, also known as Strangeways, on February 25.

He is also accused of having an unauthorised item, a mobile phone, in prison and conspiring to cause criminal damage to cars belonging to prison officers and other staff at Strangeways.

It relates to damage caused to 14 cars parked outside the prison on the evening of February 27.

On a separate indictment, the 37-year-old defendant, from Liverpool, is accused of assaulting an emergency worker, a prison officer, at Durham Jail, on March 15.

Walker is also facing charges of threatening to destroy or damage property, relating to a vehicle belonging to a prison officer, at Durham, between March 12 and 18, and making a threat to kill an officer, on May 3.

In his voluntary absence, Judge Ray Singh formally entered not guilty pleas on his behalf to all matters, and a trial date of October 26 was agreed for all six charges, with a tie estimate of up to four days.

Judge Singh formally remanded Walker, who is representing himself in proceedings, to remain in custody until the trial. 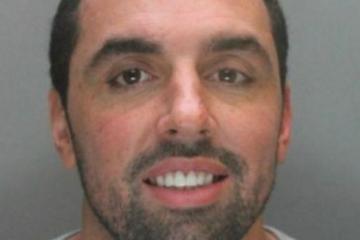