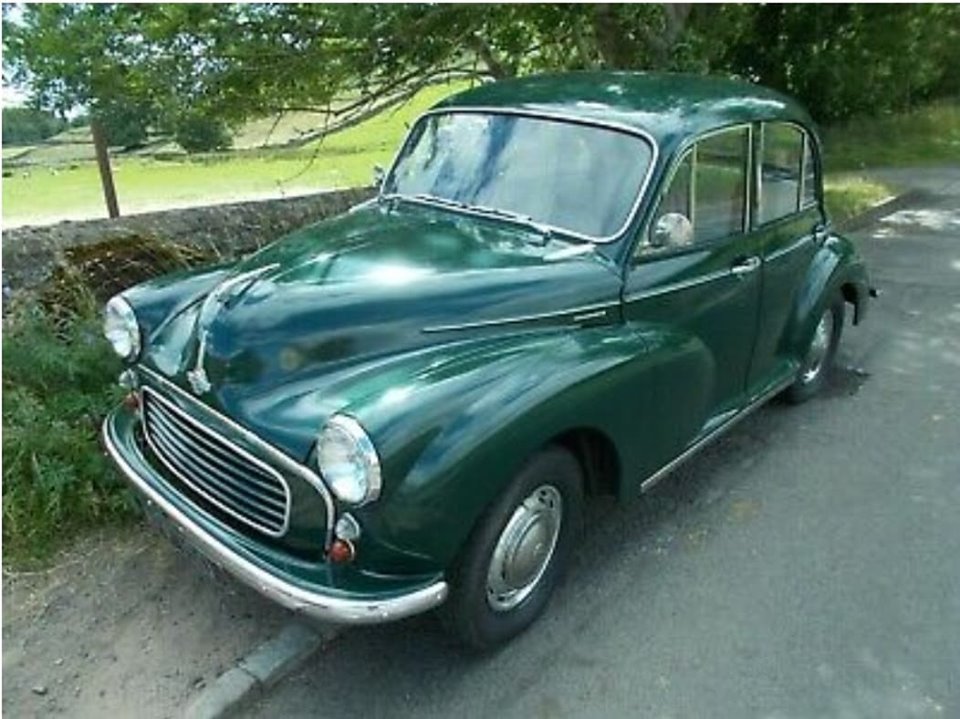 A VINTAGE car which was its owner’s pride and joy has gone missing from his drive without a trace.

Tony Willis, a car enthusiast from Stanhope, bought the car ten years ago and has used it as his primary vehicle ever since, but it was stolen between 3pm and 10pm on Monday, August 31.

Mr Willis said: “It’s pretty upsetting really. I bought it because I liked the reg number, I did it up a bit and it became my car. I drove it all the time, to the shops or down the dale. I came back from a rally and parked it on the drive, I was really tired, so I went to sleep.

“I woke up and the car was gone. I thought I had put it in the garage and forgotten.

“Next morning I saw the gate was open and then realised. The key was still in my coat pocket, so I don’t know how they got it, I’m just absolutely devastated.”

Police are investigating and think the theft was planned in advance. However, so far there have been no witnesses, and no one has reported any suspicious behaviour in the area on the day.

Mr Willis added: “It was probably taken on the back of a 4×4. I thought someone was joy riding in it so I looked down to Barnard Castle, up to Consett and all around and didn’t find a thing. I just thought to myself, I can find it, I can find it.

“I think it was planned. It happened on the only day when there was a car rally in Weardale. That means there was a lot of old cars and trailers whizzing up and down the dale. One could have had my car in, and no one would have batted an eye.”

The car itself is a 1957 model of the Morris Minor and one of the very first with a full screen view.

As a second series it had features both from older Morris Minors and newer ones and was very collectable.

Mr Willis added: “Its had a nasty effect on me, I live in a nice house by a railway crossing and people occasionally take photos of the house. Now I don’t trust people as anyone could have been looking at the photos to get the car. I shouted at someone and it has brought out a nasty side in me. I am now looking for a new car.”

He is now appealing for anyone to help find his car. He has listed it on Ebay in the hope someone comes forward.

A LEADING North East legal firm is reminding vulnerable children and young adults in the region, that while COVID-19 means they may not be able to see their usual support network of family and friends, they haven’t been forgotten. EMG Solicitors, at Durham and Gosforth, Newcastle, is among the country’s leading Court of Protection (COP) […]
The post EMG Solicitors partners with Silk Elephant CIO to send gifts to young people supported by COP appeared first on Durham Magazine – Durham Deserves Good News. Durham Magazine…

A NORTH-EAST supermarket is less than 48 hours away from opening its doors almost five years after plans were put on hold and the unit mothballed. The Northern Echo | Durham …