A DOG salon has been told it must obtain planning permission in order to keep a mural – but some residents have described it as a “humongous eyesore.”

Hair of the Dog has been ordered to obtain permission from Sunderland City Council after the artwork, which shows a dog in a bath, was deemed an advert.

The salon, on Durham Road, in Sunderland has been told to apply for permission by September 3 or face enforcement action for breaching regulations.

But speaking to The Northern Echo, the proprietor, who did not want to be named, defended the artwork as she said it “brightened up the area.”

She said: “We had this done during Covid – we got the money from the council’s small business fund and I thought to do the shop up.

“The wall was an absolute mess.

“I thought it brightened the place up, customers and people passing us everyday told us how much they love it. I’ve had texts from people saying they love it.

“There’s loads of murals around town, I’d be interested to know if they had planning permission.”

The artwork was installed in May covering much of an end wall, which did not have a design prior, but was deemed an advert earlier this month.

Under Town and Country Planning Regulations, any design resembling an advert must be less than 0.75 metres in height before planning permission is required.

This allows for members of the public to have their say on whether they agree with the size and nature of advert being installed.

But a resident told The Echo that the salon did not take into consideration the feelings of those living in the area, who are “waking up to it everyday.”

Mark Stephen, who has lived on Durham Road for the past thirteen years, said: “It is an absolutely humongous eyesore, it just brings down the whole area. 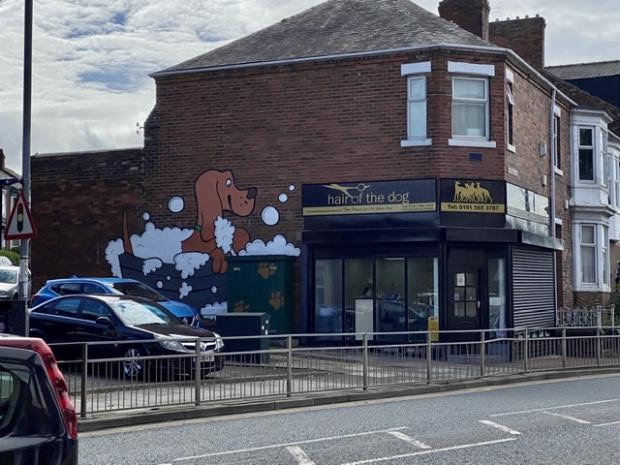 Mr Stephen said other residents had complained about it and described it as an eyesore.

“It just looks horrendous, it may look OK for people passing by but they aren’t looking at it every day,” he added.

The proprietor of Hair of the Dog said she would not challenge the final decision but claimed she had asked those directly opposite.

She said: “I showed the neighbours opposite the designs and they said yes that’s fine, everybody that lives opposite has been asked and shown.

“If I have to take it down, I will, but I am that upset I’ll put something else on the wall not related to the salon,” she added. 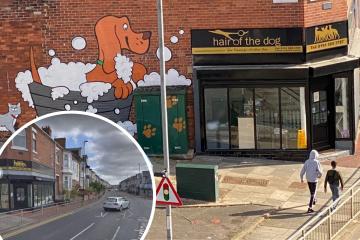 THE Durham Miners’ Gala has been cancelled for the second year running due to the ongoing effects of the pandemic. The Northern Echo | Durham …

A council budget that includes investing £112 million in frontline services and the most ambitious regeneration plans in a generation has been approved. Durham County Council’s Medium Term Financial Plan sets out spending plans and priorities from 2021/22 to 2024/25 and reflects the additional demands of the coronavirus pandemic. At a full council meeting held […]
The post Councillors Approve £112 million Worth Of Investment Plans appeared first on Durham Magazine – Durham Deserves Good News. Durham Magazine…

A SEX offender raped a girl and took part in other regular sexual activity with both her and a friend in his car. The Northern Echo | Durham …

NEW council tax rises for County Durham have been approved, but only after more than four hours of debating. The Northern Echo | Durham …