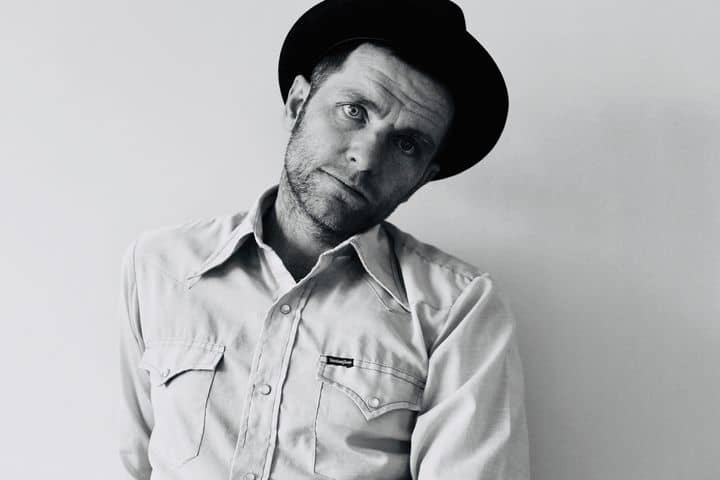 Award-winning songwriter, David Ford has a brand new show with some old-school values.

After touring the UK and Ireland in 2019 with his most technically ambitious stage production to date, this time Ford is packing away his terrifying array of triggers and loop machines and building a show around his classic songwriting and musicianship, presenting career highlights in a series of stripped-back, intimate performances.

Ford’s ability as a songwriter has given rise to a 20-year career during which he has written UK top 40 singles and international number ones and won France’s most prestigious musical award, while never compromising his gift for timeless melody and eloquent lyricism.

David Ford began his music career as the frontman of punk/pop/rock band Easyworld, releasing two albums before leaving to pursue a solo career. His subsequent first batch of demos and accompanying video for the anthemic State of the Union made Ford the subject of a transatlantic record industry scramble to secure the rights to release his debut album. Five critically acclaimed albums later and he has carved out his own unique niche in the modern musical landscape. Now working as a truly independent artist, Ford cares little for promotion, instead building his audience on the strength of his material and an ever-changing, innovative live show. Every tour is different. The only guarantee is that each performance will carry the same level of commitment and intensity. The result is a live spectacle described by The Guardian as “unmissable”.

Despite his many talents as a live performer, it is perhaps as a songwriter that David Ford is held in the highest regard. Often praised for his lyrical dexterity and willingness to tackle matters of politics and current affairs, Rolling Stone commended his “Genuine depth and striking authority”, while The Telegraph described his work as “Smart, angry, witty, emotional songs, delivered with raw-throated passion.” His debut album, I Sincerely Apologise for All the Trouble I’ve Caused, was included in both The Times and Word Magazine’s top ten albums of the year. His records have achieved number one slots on iTunes, his videos streamed over a million times, and in 2014 he received the French Grammy award for best original song.

Ford’s masterful songwriting, powerful live performances and utter distaste for self-promotion have helped cultivate a passionate, devoted fan base that exists something like a secret society. His 2020 tour dates provide the perfect opportunity to join up.

“Puts everything into every word.” The LA Times

“David Ford is the eternal thrill of a young man going way too far and pulling it off.” Word Magazine