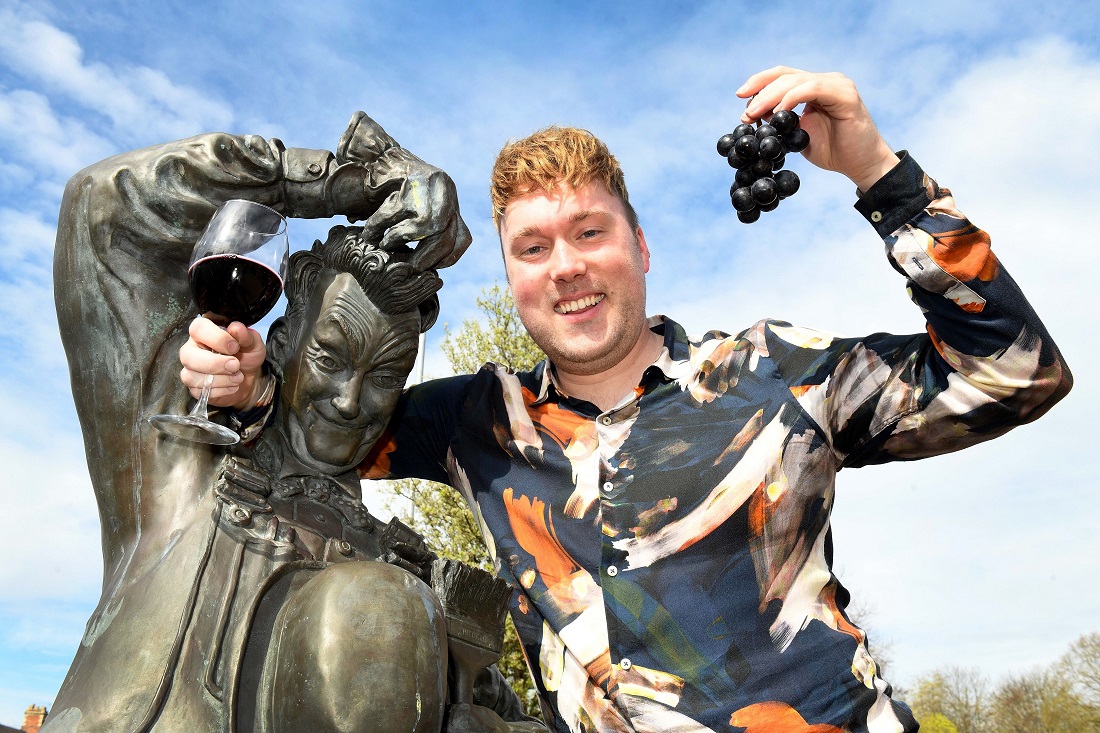 A new fun family festival is promising a lot of laughs over the May Bank Holiday weekend in Bishop Auckland, the Durham town where comedy legend Stan Laurel once lived.

Arthur Stanley Jefferson, one half of Laurel and Hardy, was a pupil at Bishop Auckland’s King James School from 1902-3. A bronze statue of Laurel stands in the town’s Theatre Square; where his father had once been manager of The Eden Theatre.

More than a century later, another former King James pupil is launching a new entertainment festival to bring smiles and laughter to people in North East England.

Thomas Wales is founder of Baccanalia, a new two-day entertainment festival running at Bishop Auckland Town Hall from April 30 to May 1, with a line-up of high quality entertainers from TV, stage and the live comedy circuit.

Wales was inspired to create Baccanalia after coming home to Bishop Auckland during the Covid-19 pandemic, following more than a decade working on live festivals and events across the UK and Australia.

“Growing up in Bishop Auckland, I always knew about the town’s links to Stan Laurel and the fact that we went to the same school. The town is transformed now and has carved out a place for itself on Britain’s cultural map.

When I got home, I started to think about events that would make arts and culture accessible for all and engaging for communities in the North East, which is how Baccanalia was born,” said Wales.

“I looked back in time for inspiration, past Stan Laurel in 1902-3, to ancient Rome and the Romans who were posted here at Binchester Fort and passed by on the old Dere Street supply route. The Romans loved a good party and threw lavish events to honour Bacchus, the God of wine and good times. So I thought, ‘why not do the same today.’