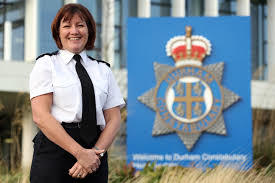 DURHAM Police is submitting plans for a new centralised custody facility to serve the entire force area, it has been revealed.

If approved, the application for a new 48-cell custody facility at Durham Gate, near Spennymoor, would see the closure of existing suites in Bishop Auckland, Darlington, Durham and Peterlee.

The force says the project is expected to cost around £21million, and will save it an average of £400,000 a year in pay and other costs.

Richard Holden MP for North West Durham has already written to the Acting Police, Crime and Victims’ Commissioner, Stephen White, voicing his concern that having a centralised custody in Spennymoor will deplete policing visibility in places like Consett, Crook and Weardale, within his constituency.

Chief Constable Jo Farrell said: “The decision to close custody facilities is not one we can ever take lightly – it follows months of extensive research into operational demand and resource planning.

“I can reassure residents that a closure of custody facilities in Bishop Auckland, Darlington, Peterlee and Durham City will not affect our ability to police these areas.”

She added: “This new centralised custody facility is an important investment for policing in County Durham and Darlington, and will bring our custody facilities up to date.

“The facility will be specifically designed to improve safety, privacy and dignity for detainees, many of whom are vulnerable, and will significantly improve their welfare while in our care.

“The new facility will also improve efficiency by ensuring we maximise the time available to our officers, which is especially important as we are to recruit an additional 220 officers over the next three years.

“It will also be a safer environment for our staff and officers to work in, and will enable them to book multiple detainees in at once, reducing waiting times for our officers and allowing them to get back out onto the streets quickly.”

A briefing event for MPs and council leaders was held on last Friday.

Members of the public will also be invited to have their say on the proposals as part of a full planning process. Details of this will be released in due course.

Steve White, Acting Durham Police, Crime and Victims’ Commissioner said: “I am pleased with the extensive cost evaluation exercise undertaken by the force to ensure a custody provision is provided across the county that is fit for purpose.

“I agree that with the mitigations, the new model will provide the most cost effective use of public money as well as being more efficient and effective to ensure detainees are dealt with quickly and efficiently, and the custody suite is suitable and meets HMICFRS requirements.

“As the acting Commissioner, I will ensure that the views of local people are listened to as the planning application process continues and as the Force examines wider estate issues going forward.”

City of Durham MP Mary Kelly Foy said last night: “I appreciate the extensive experience that Chief Constable Jo Farrell has on the issue of custody facility centralisation and she was kind enough to give an extensive briefing on the logic behind these proposals at a recent meeting attended by MPs.

“However, the general public appreciate absolute transparency when public money is involved and I will be interested to see the level of engagement with the public and other key stakeholders as this process continues, particularly with Police, Crime & Victims’ Commissioner (PCVC) elections coming up in May.

“We need to remember that our police force has suffered years of cuts at the hands of the Conservative Government and police officers deserve to feel valued and safe at work as well as having access to high quality facilities. I look forward to learning more about the facility as the planning process continues.” 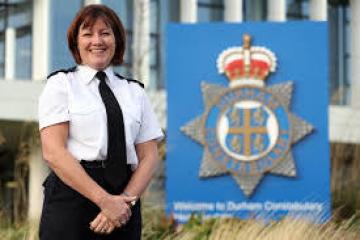 A FACEBOOK group has been created to raise awareness to the council of how ‘unhappy’ residents have become with the condition of their town and the local surrounding areas. The Northern Echo | Durham …

AN unqualified builder who set up his own company soon found himself out of his depth to the cost of customers he defrauded out of thousands of pounds. The Northern Echo | Durham …