A POST-GRADUATE stole jewellery, clothing and mail from other students who were away on holiday.

Jan Carlos Martinez carried out burglaries at Durham University’s Grey College, when most students were away over Christmas.

Durham Crown Court heard the 29-year-old, who was studying physics, remained in the city for the holiday period.

He committed burglaries on three occasions, targeting female student’s bedroom, taking jewellery and clothing, as well as the college’s post room, from where he took 46 personal letters.

But he was caught in a college female toilet block in the early hours of January 5.

Martinez, of Cooper Square, Gilesgate, who made previous denials, changed his pleas and admitted two counts of burglary, plus one each of burglary with intent to steal and going equipped.

Describing his client as, “a very intelligent man”, Chris Morrison, mitigating, told the court: “He comes from a family of quite modest means and has been no trouble to them and has been a credit to his family.

“He knows he has let them down through this.”

But Mr Morrison said Martinez, who has been in custody for 164 days hopes to, “pick up the pieces” and continue his research on his release.

Judge James Adkin, passing an 18-month prison sentence, told Martinez: “I have heard you are a man of good character and appear to be intelligent and graduated from Durham University.

“I’m not entirely sure what motivated you to commit these offences.”

The judge told Martinez on his release he will either be deported or spend the rest of the sentence on licence.

A Durham University spokesman said: “The university is considering what action is required under its disciplinary regulations and will be making no further comment on this case.” 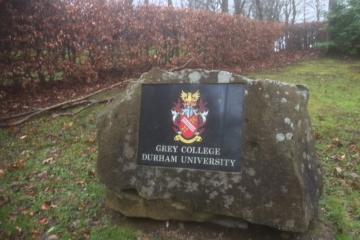