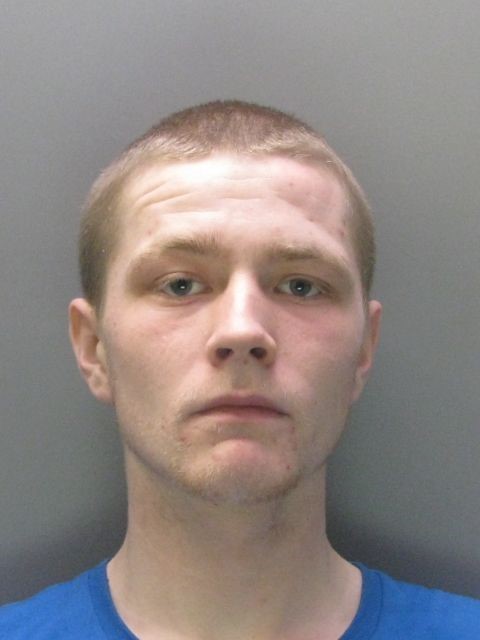 AN unlicensed teenage driver’s attempt to evade police had devastating consequences for him and his two passengers.

Durham Crown Court heard that Patrick Williams, 19, who had taken cannabis, was driving an MG7S which came to police attention as the front seat passenger was not wearing a seat belt, on Sawmills Lane, Brandon, at 4pm on March 4, this year.

Rachel Butt, prosecuting, said as the police vehicle turned and its blue lights and siren were deployed, Williams accelerated and overtook vehicles on the wrong side of the road, causing an oncoming car to make an emergency stop.

Emerging from a traffic-calming chicane, Williams lost control of the MG, as its rear fish-tailed.

It narrowly missed a car, before colliding with a tree, near a bus stop.

A passenger was seen fleeing from the rear of the badly damaged vehicle, while the driver’s door opened and Williams fell to the ground.

Miss Butt said the front seat passenger was screaming for help as his legs were trapped against the dashboard.

Firefighters arriving at the scene put out smoke and flames, before cutting the front seat passenger free.

Williams gave two blood samples at hospital, confirming the presence of cannabinoids three-and-a-half times above the limit to drive.

Miss Butt said Williams suffered a broken leg, his front seat passenger fractured both legs and the rear passenger had a fractured shoulder.

She told the court neither passenger was prepared to assist the prosecution.

Williams gave “no comment” replies when interviewed by police, in July.

But, the defendant, now 20, of East Parade, Bishop Auckland, admitted dangerous driving, drug driving, and without a full licence or insurance at a recent hearing.

The court heard he has a previous conviction for no insurance and licence.

Amrit Jandoo, for Williams, who has underlying ADHD, said he only bought the vehicle days earlier and was driving with his bother and a close friend but lost control through inexperience.

Imposing a 12-month custodial sentence, Judge James Adkin said his previous motoring conviction should have proved, “a shot across the bows”, for Williams.

He said the extent of damage to the car showed how lucky Williams and his passengers were that their injuries were not more serious.

ANGRY opposition MPs have said the Prime Minister has failed to deliver the ‘oven ready’ Brexit deal he promised ahead of the General Election 12 months ago. The Northern Echo | Durham …

A STARK warning about the detrimental impact a ‘no-deal Brexit’ could have on the regional economy has been spelled out by business experts, compounding dire financial forecasts laid bare this week by the chancellor. The Northern Echo | Durham …

A County Durham primary school is celebrating after receiving an award from Unicef. Langley Park Primary School has achieved silver in the second stage of the Rights Respecting Schools Award. The award is granted by Unicef UK to schools that show good progress towards embedding children’s rights in their policy, practice and ethos. In order […]
The post Primary School In County Durham Receives An Award From UNICEF appeared first on Durham Magazine – Durham Deserves Good News. Durham Magazine…

Councillors have heard today how attempted coronavirus frauds with a value of almost £800,000 have been prevented since the start of the pandemic. Durham County Council’s corporate fraud team has helped to prevent 58 attempted frauds since the start of the pandemic, with a value of around £785,000. The council’s audit committee has been told […]
The post Almost £800,000 Worth Of Fraudulent Activity Prevented By Durham County’s Corporate Fraud Team appeared first on Durham Magazine – Durham Deserves Good News. Durham Magazine…

A SOLAR farm that could meet the needs of over 15,000 homes is in its early phases of consultation. The Northern Echo | Durham …