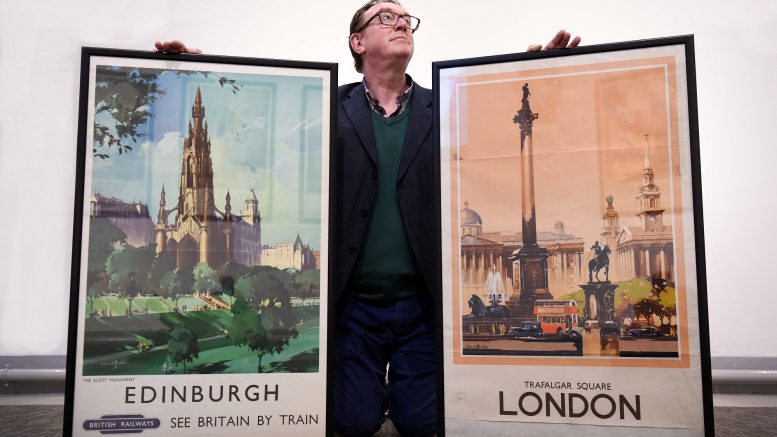 From Edinburgh to London & Beyond: A collection of 40 original railway posters from the LNER mainline – on display at Ushaw Historic House, Chapels & Gardens, Durham, March 19 – June 26

An exhibition of 40 vintage railway posters celebrating some of the most iconic stops on the London & North Eastern Railway line opens this week at Ushaw Historic House, Chapels and Gardens, County Durham.

From Edinburgh to London & Beyond is a collection of original vintage railway posters dating from the 1920’s to the 1950’s.
All sourced from private collections, these vibrant art-deco and modernist posters turned railway platforms into inspirational art displays, tempting people to take a holiday or day-trip by train.

Andrew Heard, exhibition curator and visitor programmes manager at Ushaw, said: “Railway posters from this period were early examples of glamorous and aspirational travel marketing for the masses.

Train travel shrank the country and enabled journeys over previously unrealistic distances to the coast and the countryside. Rail companies promoted these destinations by hiring some of Britain’s finest artists to produce beautiful images of holiday and leisure destinations.

We are thrilled to bring together such a significant collection of mid-twentieth century vintage railway posters, here at Ushaw. Visitors will journey from Edinburgh to London and beyond and be transported back in time. We are particularly excited to be showing several posters illustrating North East destinations, landmarks and beauty spots.”

Chance Discovery
Terry Buckle is a volunteer gardener at Ushaw. A chance mention of his father Claude Henry Buckle – one of Britain’s most prolific designers of railway posters – provided the inspiration for Ushaw to stage the exhibition.

Claude Buckle produced designs for over 100 railway posters in watercolour and oil; three of his original posters feature at Ushaw.

Terry Buckle said: “The posters are based on small sketches and watercolour paintings which were pitched to advertising managers at the railway companies. If they were selected, they were lithographically printed and hung in stations up and down the country.

They capture a moment in time and are a window into Britain’s social history. I’m incredibly proud to see my father’s work displayed for younger generations to enjoy.”
North East Artists – Frank Henry Mason
Another well-known artist to feature prominently in the exhibition is Hartlepool born Frank Henry Mason.

Mason was a marine artist hired by LNER to create scores of posters for the mainly coastal stops on the line from London to Scotland. Mason designed his first poster in 1910 for the Great Northern Railway; his last poster design, for the nationalised British Railways, was produced in 1961.

“We are fortunate to be able to include numerous posters by Frank Henry Mason in the exhibition. Durham is known as the ‘Cradle of the Railways’ because it was here that Locomotion No. 1, the world’s first steam-powered passenger engine operated on the Stockton and Darlington Railway in 1825. This exhibition celebrates a bygone era of rail travel but also reflects the North East’s pioneering heritage as the birthplace of passenger rail,” said Heard.

Ushaw, a historic Georgian house, park and gardens, is also hosting rail-inspired activities throughout the summer for visitors, including an outdoor miniature steam locomotive and a large scale installation of a model railway.

From Edinburgh to London & Beyond opens on March 19 and runs until June 26 in the William Allen Gallery, Ushaw, daily from 11am to 4pm. Exhibition access is included in the price of admission. 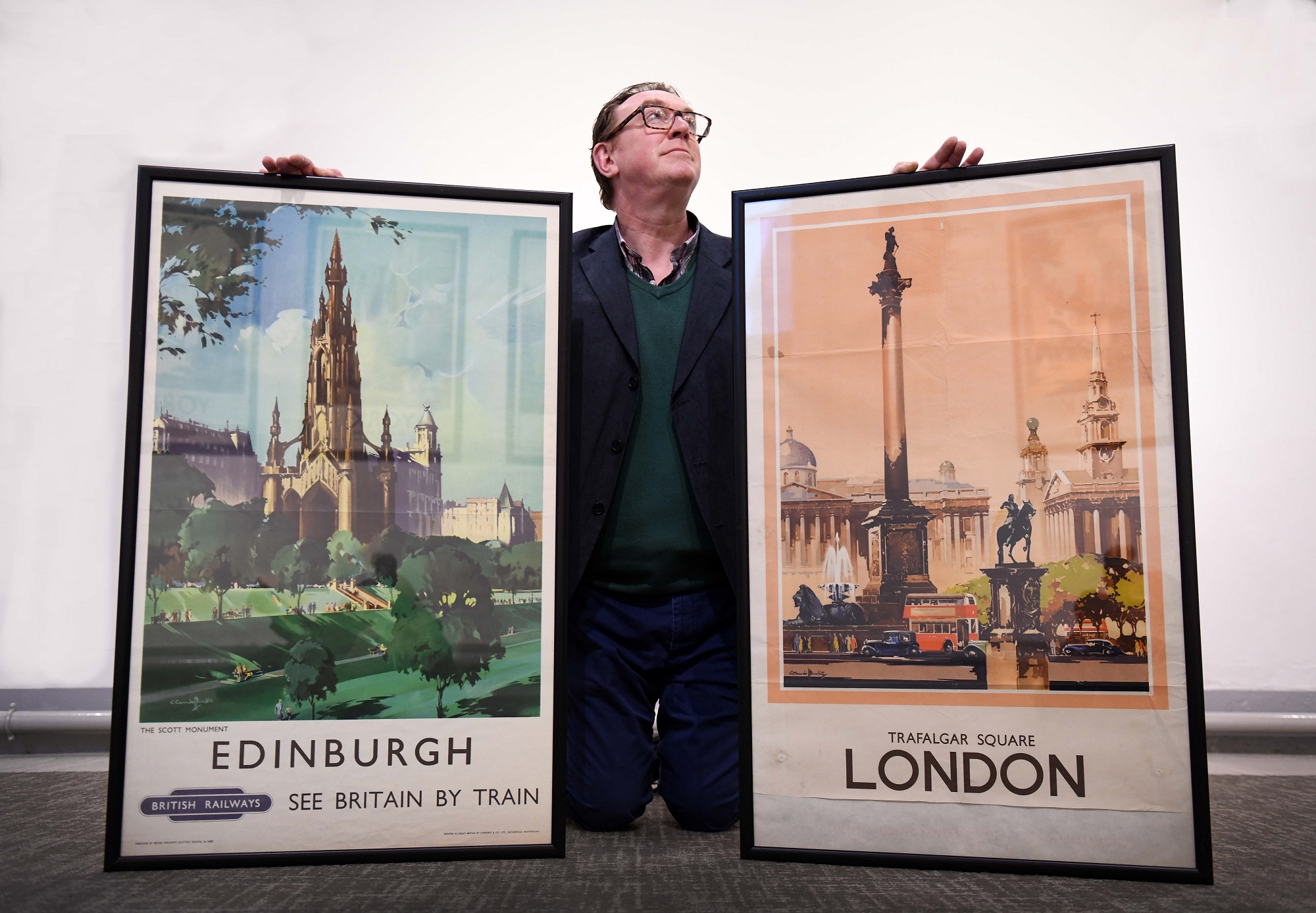 County Durham residents are being encouraged to share their views on proposals to introduce new enforcement powers to tackle anti-social behaviour in a popular Teesdale beauty spot. Durham County Council is seeking views on its plans to establish a Public Space Protection Order (PSPO) in the area around Low Force, High Force and Gibson’s Cave. […]
The post Have Your Say on Plans to Protect Beauty Spots from Anti-social Behaviour appeared first on Durham Magazine – Durham Deserves Good News. Courtesy of Durham Magazine – News …

From Edinburgh to London & Beyond: A collection of 40 original railway posters from the LNER mainline – on display at Ushaw…

Contribution goes to Durham branch of SSAFA, to help support veterans in the Bishop Auckland area 17th December 2020 – Voneus, the…