A BRAND new steak and seafood restaurant will open in Durham City Centre – with the owners of the venue likely to be a familiar face to some.

Expected to be the first of its kind for Durham, Rib ‘N’ Reef will open in the former Psyche store in Silver Street later this year.

Spearheaded by Joanne and Cengiz Akarsu, who have run the Akarsu Turkish Restaurant and Grill on Silver Street since 2016, the restaurant will be set over the three floors.

Revealing their plans, Mrs Akarsu told The Northern Echo that the new venture will offer an experience “not found in Durham,” as they said they were aiming to open on May 21.

Mrs Akarsu, of Durham, said: “We’re planning to serve a range from breakfasts, light lunches to dinner – we’re going to have seating for 20 on the bridge, and between 100 and 120 inside.

“There aren’t any seafood places like it in Durham City, you’ve got to either go to Newcastle, or further afield.”

The new venue, which has previously been occupied by food outlets, including long-term tenants, Pizza Hut and Cafe Rouge, will see the top floor turned into the kitchen. 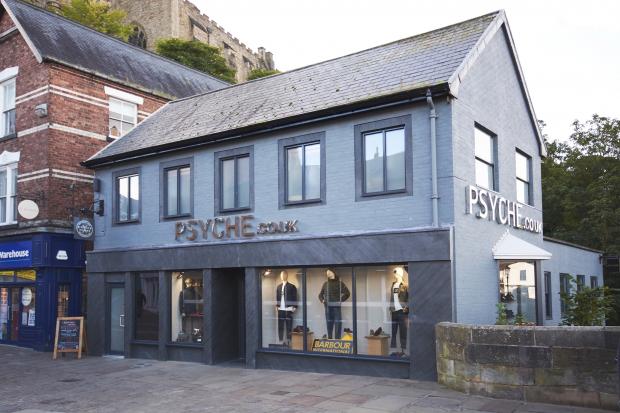 The former store in Silver Street in Durham

The remaining two floors will be renovated into a front-of-house area, which they say will be family-friendly, offering premium food and stunning views of the city.

She said: “We get families at Akarsu and they quite like it as they know it’s not going to turn into a nightclub past a certain time, we want to recreate that at Rib ‘N’ Reef.”

Explaining that they had great success at their first business and building up a regular customer base, Ms Akarsu said they would retain that business.

But admitting that the location of the new venue played a big part in their decision to add a second to their name, she said that decision was made back in December. 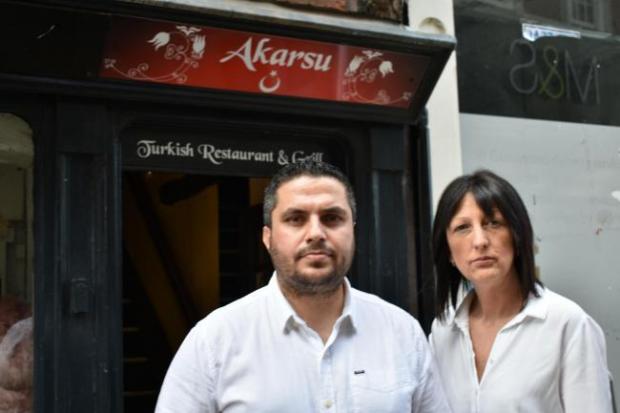 Joanne and Cengiz Akarsu outside their restaurant in Silver Street, Durham

“They were just putting the ‘To Let’ sign up at Psyche and within an hour he was asking them what the rent was.

“He talked us round, we then met with the owner and as soon as I walked in, I just loved it – I thought ‘yes this is a good opportunity’.”

Confirming that the new venue will be completely separate, not serving any Turkish food, Mrs Akarsu said Rib ‘N’ Reef will help to fill a gap in the market in Durham.

Remaining confident in the future of the city, she said the opening will complement the city’s continued attraction of family-run and quirky businesses.

She said: “There’s a lot of people that love the city because it has so many independent restaurants and businesses.”

Adding that they had got to know people “like family” in the city centre with Akarsu, Mrs Akarsu said the pair were confident the new venue would be a great success.