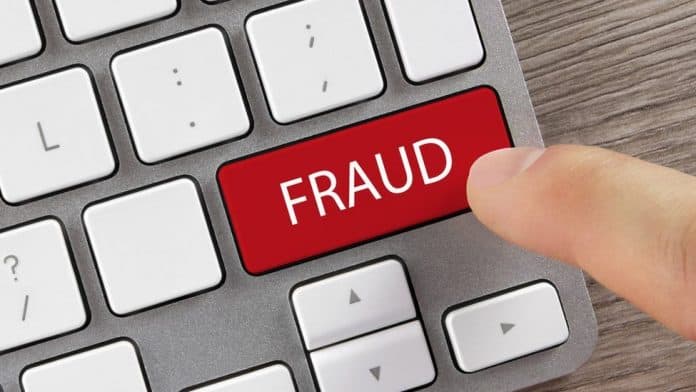 Councillors have heard today how attempted coronavirus frauds with a value of almost £800,000 have been prevented since the start of the pandemic.

Durham County Council’s corporate fraud team has helped to prevent 58 attempted frauds since the start of the pandemic, with a value of around £785,000.

The council’s audit committee has been told that fraudsters are using the pandemic to exploit people, businesses and public and private organisations, using sophisticated methods to callously scam people out of money.

Criminals are also using known fraud risks to attack local authorities via impersonation fraud, phishing emails and money laundering, among a number of other methods.

Since April, business rate grants totalling £104 million have been paid to over 9,600 businesses, with the corporate fraud team playing an important role in verifying that genuine people and businesses have been receiving the financial support they need.

The team has also been verifying grants and bank details used to process the claims as well as identifying attempted frauds.

After identifying that the council had been affected by a national, large-scale organised fraud, the team worked quickly to prevent payments on £695,000 of fraudulent applications by the same organised crime gang.

The financial investigator was able to successfully freeze the fraudster’s bank account, stopping them from accessing £130,000 of business rate grants fraudulently obtained by applications to other local authorities, which were unaware they had been affected.

A further 17 fraudulent grants which had been paid out are now being recovered and there are 97 investigations still ongoing.

With newly developed support packages in place to support businesses with the latest restrictions, the corporate fraud team continues to work closely with the business rates team to prevent any further attempted frauds.

Today’s committee also heard that since it was established in 2015, the team has investigated more than 3,200 cases and uncovered almost £9.5 million worth of fraud.

Meanwhile, it is also leading the way in championing a new counter-fraud investigator apprenticeship, which will be one of the first of these apprenticeships nationally.

Cllr Eddie Bell, chairing the committee, said: “Can I say how much I welcomed this report outlining the work of the team and everyone involved and particularly with regards to raising fraud awareness; to the range of partnership working initiatives being progressed; and in relation to the Covid-19 stimulus packages made available at a time when significant pressure was placed on local authorities by government and local businesses to make these payments swiftly.

“The team has played an important role in supporting the council in verifying that monies were paid out to genuine people and businesses whilst taking steps to ensure fraud and error was prevented, with any fraudulent claims identified being vigorously pursued.”

Cllr Andrea Patterson, Cabinet member for corporate services and rural issues, said: “The pandemic is creating challenges for all of us and it is vital that those in most need are able to access the help and support they need.

“I am appalled that some scammers and organised crime groups are using the pandemic to target coronavirus support funding and exploit people’s financial concerns. I’m grateful to the corporate fraud team for its work in putting a stop to this and ensuring that the support grants are reaching those who need them.”

More information on different types of fraud and how to report it can be found on the council’s website: www.durham.gov.uk/fraud.

Archivist-Led Talk To Shed Light On Soldiers Of The Past

THREE people have been convicted for their part in the “vicious and callous” murder of a man in his home. The Northern Echo | Durham …

A new book that is the first to detail the influence that Roman civilisation had on the development of County Durham is set to go on sale. Roman County Durham: The Eastern Hinterland of Hadrian’s Wall covers how the Romans’ network of roads, forts and farming communities formed a vital part of the infrastructure that […]
The post New Book Featuring The Roman Civilisation On County Durham’s Development To Be Released appeared first on Durham Magazine – Durham Deserves Good News. Durham Magazine…

A COUNTY Durham woman who lost her father last year has created a ‘pub’ in her own back garden in memory of him. The Northern Echo | Durham …

THE jury in the John Littlewood murder trial has retired to consider its verdict. The Northern Echo | Durham …