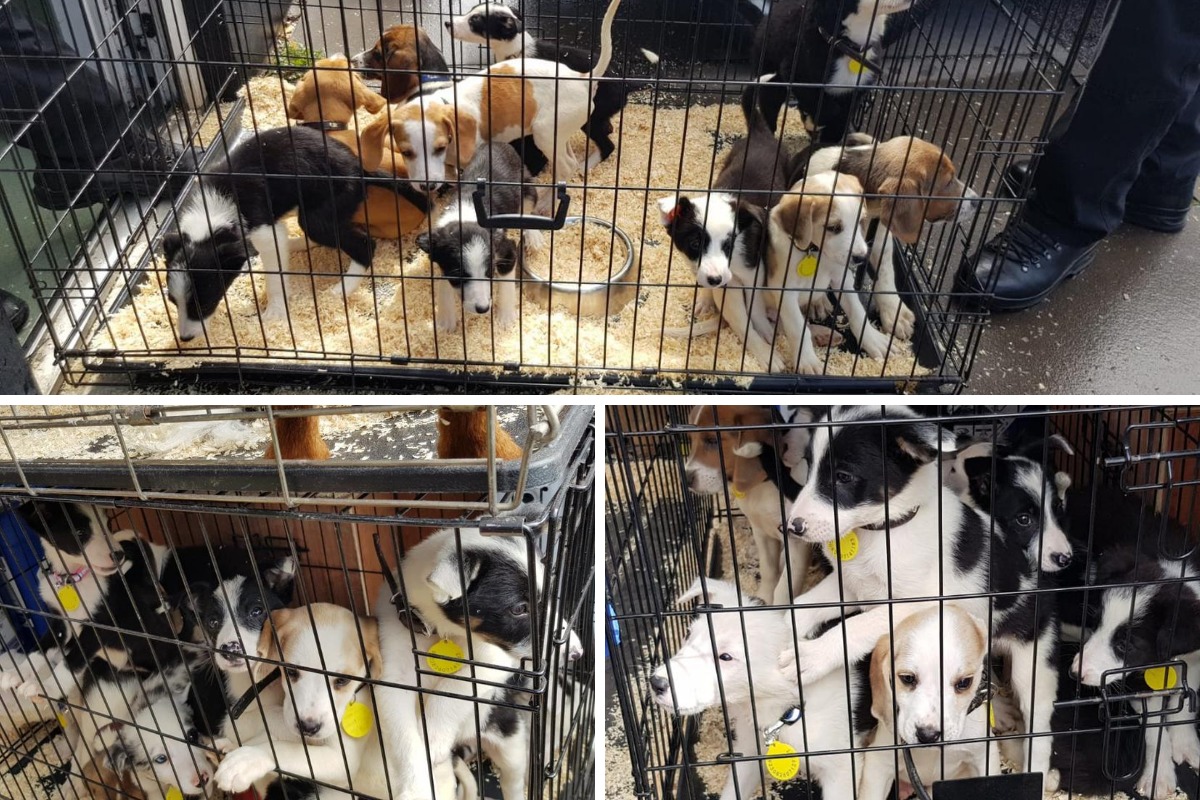 ABOUT 40 of suspected stolen puppies recovered during the arrest of a man are healthy and now being cared for in a secured kennel.

Between 30 and 40 puppies, consisting of border collies, beagles and Jack Russell were recovered from a van by West Mercia Police after thkey were alerted Gloucestershire police about a suspected theft of puppies in Charlton Kings, near Cheltenham on Saturday.

The puppies have been assessed and two remain in the care of a veterinary surgery.

Police were called to the Charlton Kings area of Cheltenham on Saturday, following reports that a man was seen to have been loading a number of puppies into a van.

Inquiries were conducted into the vehicle, which was stopped on the M6. A 24-year-old man from Durham was arrested in connection with the incident.

He has since been released under investigation pending further enquiries. The arrest follows several thefts of dogs and puppies from across Gloucestershire over the previous two weeks.

These pictures were tweeted by DC Dave Wise of West Mercia Police. Several Twitter users responded with congratulations to the police for finding the pups.

THE Government has published its full guidance on the new lockdown restrictions placed on parts of the North-East. The Northern Echo | Durham …

A County Durham market town has secured a welcome government grant to help support its local economy during these challenging times. Bishop Auckland has been awarded £750,000 to fund projects that will have an immediate impact in the town and help build a stronger and more resilient economy. After applying for the grant in the […]
The post Helping To Strengthen Bishop Auckland’s Economy appeared first on Durham Magazine – Durham Deserves Good News. Durham Magazine…

A FORMER school secretary convicted for long-term thefts from the village primary where she worked, is to pay back just under £7,000 as crime proceeds. The Northern Echo | Durham …

STUDENTS across the country are experiencing a different kind of freshers’ week filled with uncertainty due to the coronavirus pandemic. The Northern Echo | Durham …

A CROW bar attack near a primary school just before home time has a left man with multiple head injuries. The Northern Echo | Durham …